Six finalists were invited to pitch & 3 winners were announced!

Counter until the big event

The jury members selected the finalists based on six main criteria

The Euromena Awards – MENA Edition welcomed startups that aim to resolve a specific challenge or problem, and that include social impact as part of their business’ core values. They can be aligned with any of the below themes:

The jury members selected the finalists based on the following main criteria:

The impact of the Awards was two-fold; short term and long term: 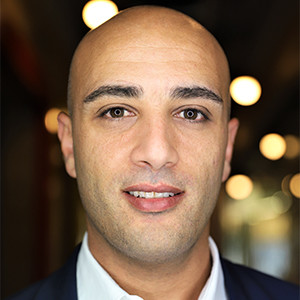 Mansour Mansour, Multi-Industry Head, Google, Manages Google’s “Next Billion User” activities across MEA, Turkey and Russia helping connect the next billion users to Google through product development and partnerships. Mansour led the set up of Google’s business in KSA with a mission of driving the country’s digital transformation, after heading Google’s Telco business across MENA. Prior to Google, Mansour worked as a consultant for Booz Allen Hamilton and Booz & Company and has been involved in 2 entrepreneurial ventures. Mansour is passionate about micro-finance, sociology, and macroeconomics. He is a graduate of Harvard Business School and holds an engineering degree from the American University of Beirut. 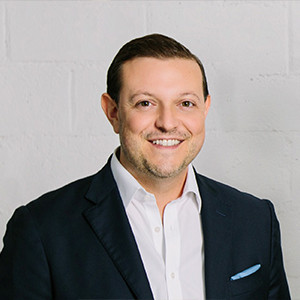 Christos is the Founder of Iliad Partners, a venture capital firm based in Dubai investing in early-stage tech startups in MENA. He is an investor, tech entrepreneur and digital executive with 20+ years of experience in the US, Europe and MENA. Based in Dubai for the last 10 years, Christos was previously, the Head of Business Development of Yahoo Maktoob, leading partnerships post-acquisition by Yahoo, and before that a management consultant with Booz & Company’s TMT practice. He is an entrepreneur with four exits: Co-Founder and seed investor of GlamBox.ME, a UAE e-commerce startup (exit: 2017), Co-Owner and Managing Director of SloanGear, an MIT company (exit: 2007), Commercial Director of Upstream, a Greek mobile advertising start-up (exit: 2005), and GovWorks.com, a New York internet startup (exit to First Data Corporation in 2001). He is an angel investor and also sits on the Board of Advisors of several startups: MAGNiTT (“Crunchbase & AngelList of MENA”), Eventtus, The Box, and Raw Coffee. He is a Steering Committee Member at tech accelerator in5 Innovation Center, a mentor with MITEF, Endeavor and Techstars, and MIT G-Lab Program ambassador. Christos holds an MBA from the MIT Sloan School of Management and a B.S. in International Relations from Georgetown University. 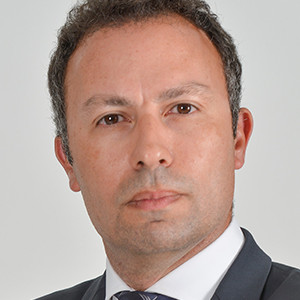 Kais Ben Hamida, CFO; Mobily, 47, is a senior executive with extensive experience in corporate finance, investments, private equity, mergers and acquisitions, financing, strategy and operations and a deep understanding of the TMT and infrastructure sectors. He held various positions in banking (Société Générale and the World Bank), private equity (Valiance Capital) and large corporates (Orange Group) in Europe, the USA and the Middle East. His latest positions are CFO of Mobily (currently held), CFO of Orange Egypt, Partner at Valiance Capital and Senior Vice President of Merger and Acquisitions of the Orange Group. He also sat on the boards of several companies including Orange Austria, Orange Denmark, Orange Sweden, MobiNiL, Viaccess and LDN. Mr. Ben Hamida holds a BSc in Statistics and Financial Engineering from the Ecole Polytechnique, Paris; a MSc in Engineering from the Ecole des Ponts et Chaussées, Paris and a MSc in Economics from the Sorbonne University, Paris. 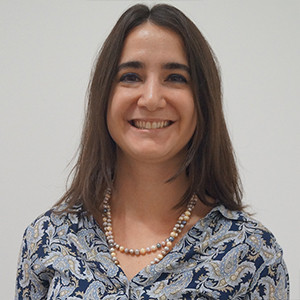 Medea Nocentini is Co-Founder and Partner at C3 Partners – Executives on Demand (C3P), a UAE-based advisory firm providing senior executive support services to businesses in need of temporary management solutions. C3P is the advisory arm of Consult and Coach for a Cause (C3), a UAE-based organization fostering the social enterprise ecosystem in the MENA region. C3P re-invest its profit into C3 social impact programs. Prior to that, Medea was Senior Vice President Strategy at OSN, the leading Pay TV platform in the MENA region, where she was responsible for corporate development, strategy planning and management, as well as market and consumer intelligence. Before joining OSN, she spent several years at Booz Allen Hamilton developing strategies for media, consumer, and social sector’s clients across Europe, the United States, and Middle East. She holds an MBA from Columbia Business School (New York, USA), a BA in mechanical engineering from Politecnico di Torino (Italy) and an engineering diploma from Ecole Centrale Paris (France). 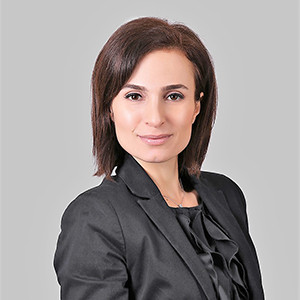 Jeanine, Senior Manager, Euromena Consulting, is a Senior Manager with Euromena Consulting and Director of Lebanon operations. She has more than 15 years’ international experience working with private and public entities across the MENA region, Europe, and the USA. Previously, Jeanine served as Director at International Port Management and has first-hand knowledge in design and implementation of organizational restructuring projects, strategic planning and performance management. More recently, Jeanine has been providing strategic and operational support, coaching and training to a number of startups and SMEs for the past several years. Through her ongoing work with international development organizations such as UNDP, Mercy Corps, and the International Labor Organization, she has worked across different sectors to support the growth and scalability of companies in Lebanon and has been involved in several social development projects benefiting underprivileged youths and the role of women in remote areas of the country. Jeanine has a Master’s degree in economic development from the Institute of Political Studies of Paris (Sciences-Po) and has a BA in Political Science from the American University of Beirut.

Spike is a mobile assistant that helps diabetics better manage their diabetes. Spike monitors the patient’s daily behavior and jumps in with reminders and tips when needed about insulin, food, activity.

For the 2nd place

For the 3rd place 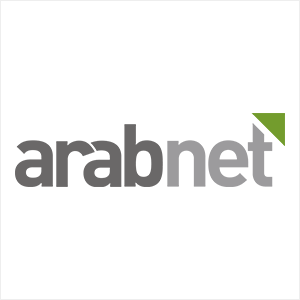 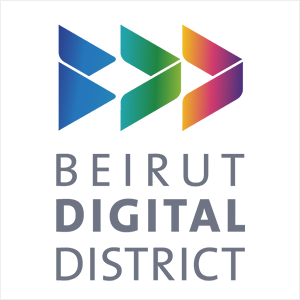 The Euromena Awards 2019 Edition is under preparation - stay tuned to find out more! 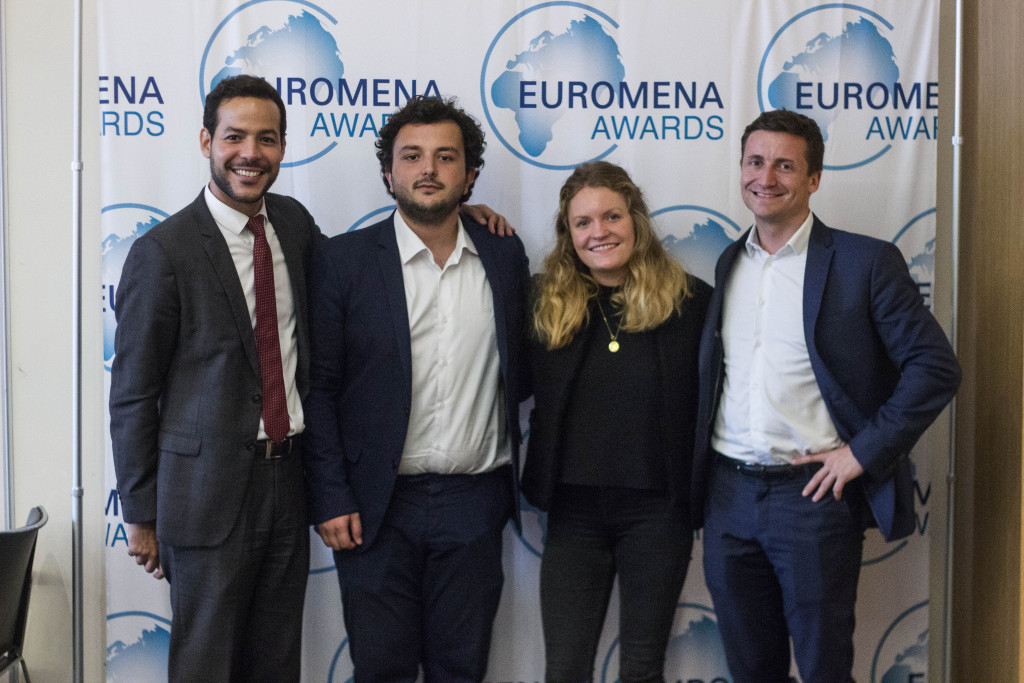 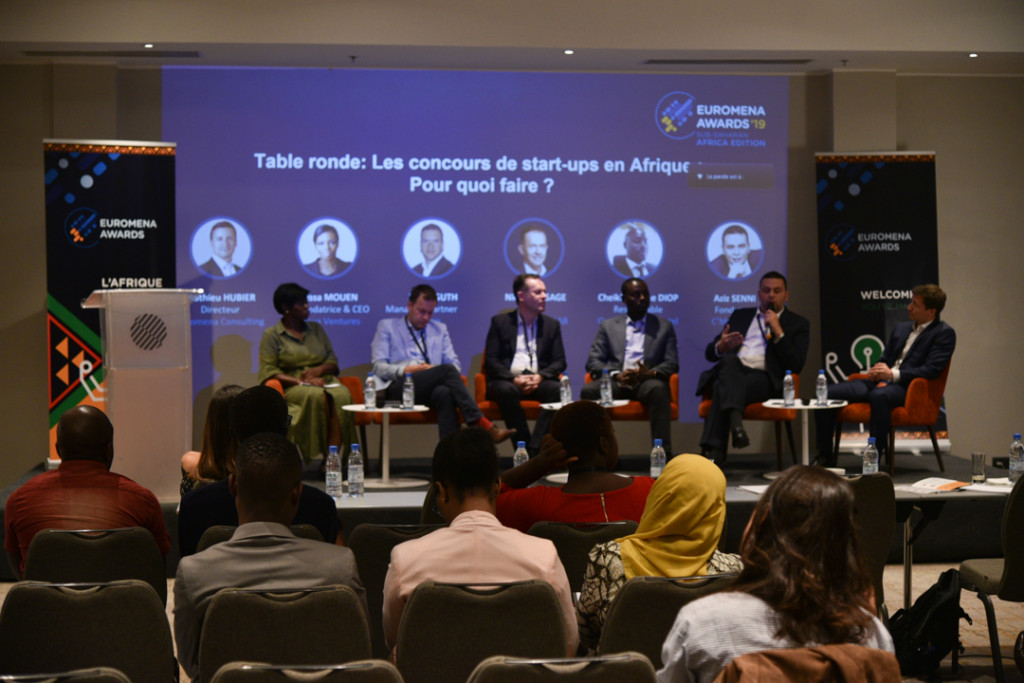 We make it happen.